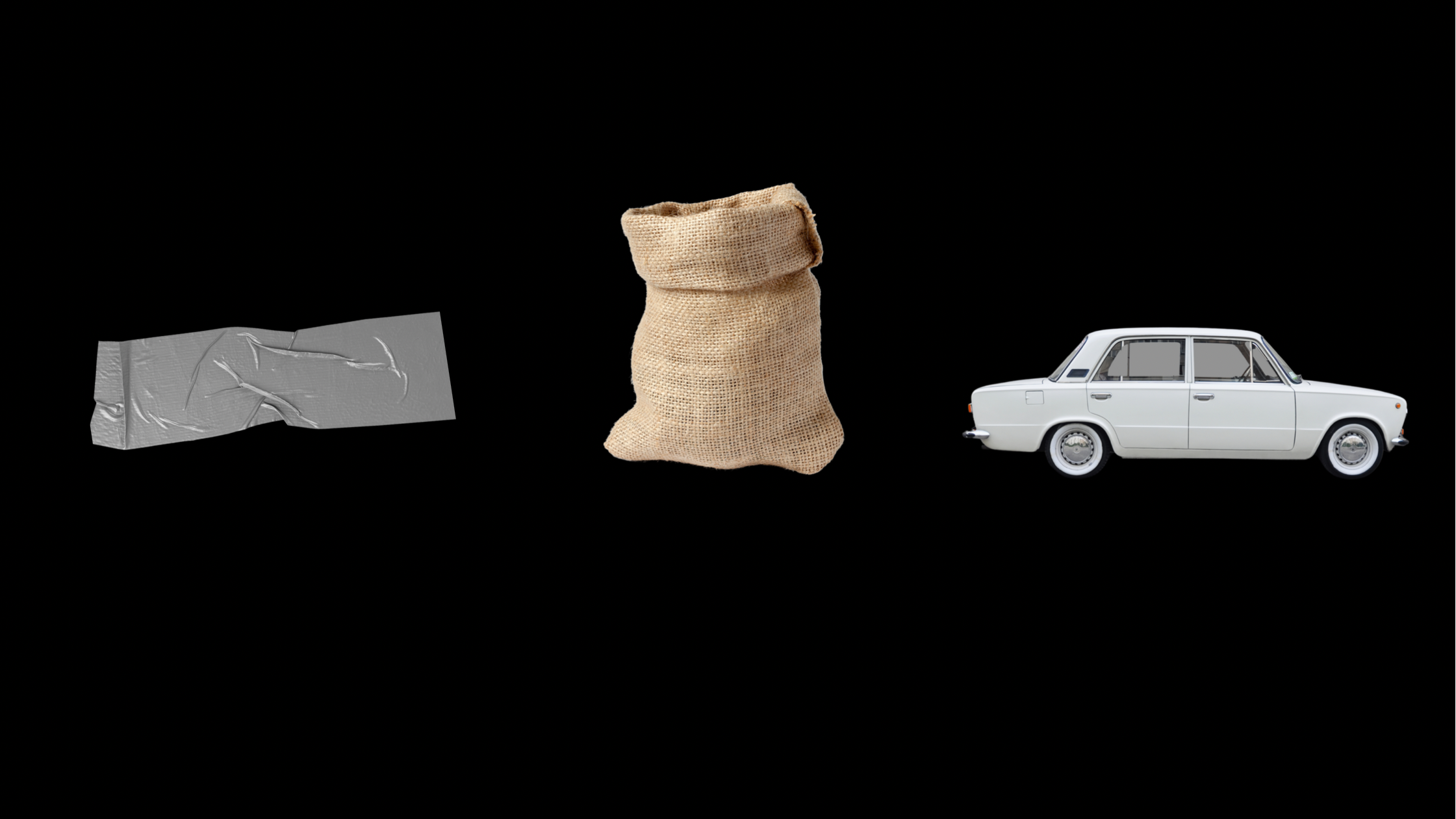 This article is Part 2 in a series on Bride Kidnapping. Read the first part here.

When he volunteered in Armenia with the Peace Corps, Chris Edling was surprised to hear about the practice of bride kidnapping, especially with aspects like “consensual kidnapping.” He dove into extensive research on the topic, working in both Armenia and Kyrgyzstan, and is currently writing a book on the practice of bride kidnapping. Azad Archives staff writer Mariam Avagyan spoke to him about the incentives  and complexities behind his work.

Mariam Avagyan: How did you get interested in the topic of bride kidnapping?

Chris Edling: I first heard about “bride kidnapping” (which, as you and other commentators have pointed out, may be a misleading and oversimplified term) when I was a Peace Corps Volunteer in Armenia ten years ago. I heard about several cases in my village and elsewhere, but the stories I heard sounded very different from one another. Some involved rape and coercion, others sounded more like romantic elopement, and there was everything in between. So I got curious, not only because it sounded like an urgent and pervasive issue impacting people I knew, but because it sounded like a complex variety of things being discussed under one banner.

MA: Why did you decide to work with Goris Women’s Center to create surveys on marriage practicesin 2012?

CE: When I started looking into this issue, I heard a lot of stories from people I met, but I had a hard time finding Armenian scholars, activists, or journalists who formally studied the issue like in other countries where bride kidnapping occurs, such as Kyrgyzstan (where I studied bride kidnapping years later as a Fulbright researcher). In fact, I was told outright by several people at NGOs that bride kidnapping doesn’t happen in Armenia. I can understand why someone might say that, especially to me (I am not Armenian, etc.), and I am mindful of the problems that arise from culturally insensitive “white savior” approaches to sensitive, complex issues. At the same time, I knew bride kidnappings were happening, so I approached the Goris Women’s Development Resource Center Foundation (GWDRCF) (where I’d been teaching English classes) to see if they might be interested in a research project to gather data about bride kidnapping. They said they were, so with the additional support of other folks and orgs (including the UNFPA and UMCOR) I extended my Peace Corps service into a third year to work with the GWDRCF on that project.

MA: Why is bride kidnapping problematic? As you mention in your report, in Armenia kidnaping can mean anything from romantic elopement to forceful abduction. Should we also be worried about the consensual kidnapping cases? If yes/no, why?

CE: If we think of bride kidnapping as a collection of different practices along a spectrum of consent, it may be easiest to imagine why cases on the nonconsensual end of the spectrum are problematic, and scholars have confirmed this. As Charles Becker et al have found in their recent research about bride kidnapping in Kyrgyzstan, for example, nonconsensual bride kidnapping is correlated with many serious problems, such as domestic violence and low birth weight of babies. Our study found other correlations, too, like kidnapped women being less likely to complete a higher education, which in turn can limit their job skills, earning potential, and economic independence. This list of problems goes on and on.

What gets more complicated is understanding why “consensual kidnapping”—a phrase that admittedly doesn’t make sense in English, because by definition, the word “kidnapping” means taking and holding someone against their will—is problematic. For one, collapsing many different kinds of behavior under one term can obscure the issue and make it hard to talk about. As the GWDRCF’s survey shows, for example, most “bride kidnapping” cases in Armenia involve some level of consent—but as our survey also showed, even that is tricky to sort out. At what point is consent given and why, for example? And what circumstances surround the making of that decision by all parties involved?

As your article points out, it’s important to acknowledge the norms and assumptions that underlie bride kidnapping—who has agency in romantic interactions, for example, or which qualities are idealized for men and women—as well as larger institutional factors that give rise to and perpetuate bride kidnapping. Economics, education, rule of law, political history, religion: all of these play a role in why kidnapping started and continues. Some journalism coverage of bride kidnapping follows a narrative of “bad men attacking helpless women,” and while I am no apologist, the topic is much more complex than that. Indeed, one goal of the book I’m writing is to describe the complex root system of bride kidnapping and provide all the context needed to understand why it happens.

MA: What challenges did you face when creating this survey?

CE: There are always ethical issues when studying private and family affairs. Who is interviewed, how they are chosen, how to word questions, whether asking about certain topics might cause problems or trigger emotional responses: all of this has to be considered in social science research.

Our survey asked broadly about marriage practices, so we would have enough data to contextualize info respondents provided about kidnapping experiences. We benefited from the input of several seasoned researchers, including local Armenians and an American sociologist who has studied bride kidnapping in Kyrgyzstan for many years, when designing our survey. But the cultural context for Kyrgyzstan is different than it is for Armenia, so making sure our research tool was appropriate for the communities we surveyed was one important challenge for our research team.

One feature of our research team is that it was largely comprised of people from the local community. That can present challenges and opportunities. For example, the data should be representative, so people can’t just survey their friends, or else the data may be skewed. At the same time, having research conducted by local people can help overcome access issues that sometimes affect researchers who come from outside communities.

I should add that while I applaud the work of our research team and am very grateful for all the respondents who were willing to share their thoughts, observations, and experiences with us, our research sample is admittedly small. We knew it would be—our resources for this study were limited—so part of our goal was that our small study would inspire other scholars, activists, organizations, and journalists to action. Really, it was intended as a starting place for others to do more (and more substantial) work. So you can imagine how great it was for me to hear you are writing this article!

MA: In your experience with bride kidnapping in different countries, is there anything that was different in Armenia?

CE: One of the biggest differences—and I think Lara Aharonian mentioned this in your interview with her—is that there is little to no public discourse in Armenia about bride kidnapping, even among women’s NGOs and human rights organizations. Contrast this with Kyrgyzstan, where bride kidnapping has been written and spoken about so much that a Google search of “bride kidnapping” will instantly retrieve several articles and videos from or about Kyrgyzstan. There is a dark side to that, of course—especially for people outside Kyrgyzstan who don’t understand local context, reading about “bride kidnapping” can result in a spectacular, brutalizing portrayal of Kyrgyz people—but locally, those efforts have opened a rich dialogue about the issue which has led to concrete action, such as a revision of Kyrgyzstan’s criminal code in 2013 to toughen the punishment for forced marriage. And if our survey data aren’t far off the mark, there is no reason to believe bride kidnapping is significantly more pervasive in Kyrgyzstan than it is in Armenia, which further begs the question why people started talking about it there (Kyrgyzstan) but not here (Armenia).

There are also important cultural differences, such as the practices of arranged marriage in Central Asia, which have played into bride kidnapping being practiced in ways that are different from Armenia. One of the questions my book takes up is how and why bride kidnapping is (and isn’t) practiced in different Eurasian republics, which share some common history (Soviet and otherwise) but are also very different from one another.

MA: Will you tell us a little bit about your upcoming book?

CE: I am a writing teacher by trade, and I often tell my students that one purpose of writing is to understand difficult things we don’t understand yet. Fundamentally, my book is my own attempt to understand bride kidnapping, which is so complicated that it is hard to capture in one short article, or from one angle. Many scholars, activists, journalists, and others have written deeply and widely about bride kidnapping from various perspectives, with various aims, and through the lenses of various disciplines. Many have focused on just one country, such as Kyrgyzstan, and of course that work is important. My goal is to take a step back and put all those voices into conversation with one another, and into conversation with ordinary people whose lives have been impacted by bride kidnapping, so readers can understand this topic as fully and accurately as possible.

Now, I’ve read enough about feminism and transnational human rights to be wary of my specific and potentially problematic relation to this subject (as a man, as an American, etc.), and I have done my best to write this book in a mindful way that does not contribute its own problems, “othering,” and violence. I’ve taken my time, I’ve been careful, I’ve done as much research and reporting as I can. At the end of the day, though, I am an outside observer; this issue and these stories are not mine. It is people in the communities I write about—some of which I’ve spent a good amount of time in, but am still outside of—who live the realities of bride kidnapping, and it is these communities that will determine the future of bride kidnapping. Towards that end, the work you’re doing with this article is very important.

Christopher Edling teaches writing at New York University. He is currently working on a book about bride kidnapping in Eurasia, which he studied as a Peace Corps Volunteer in Armenia and a Fulbright researcher in Kyrgyzstan. He holds an MFA in Writing and a Certificate in Feminist Scholarship from Columbia University.

Read Part 1 of the series, Bride Kidnapping: Crime, Culture, and Everything In Between.