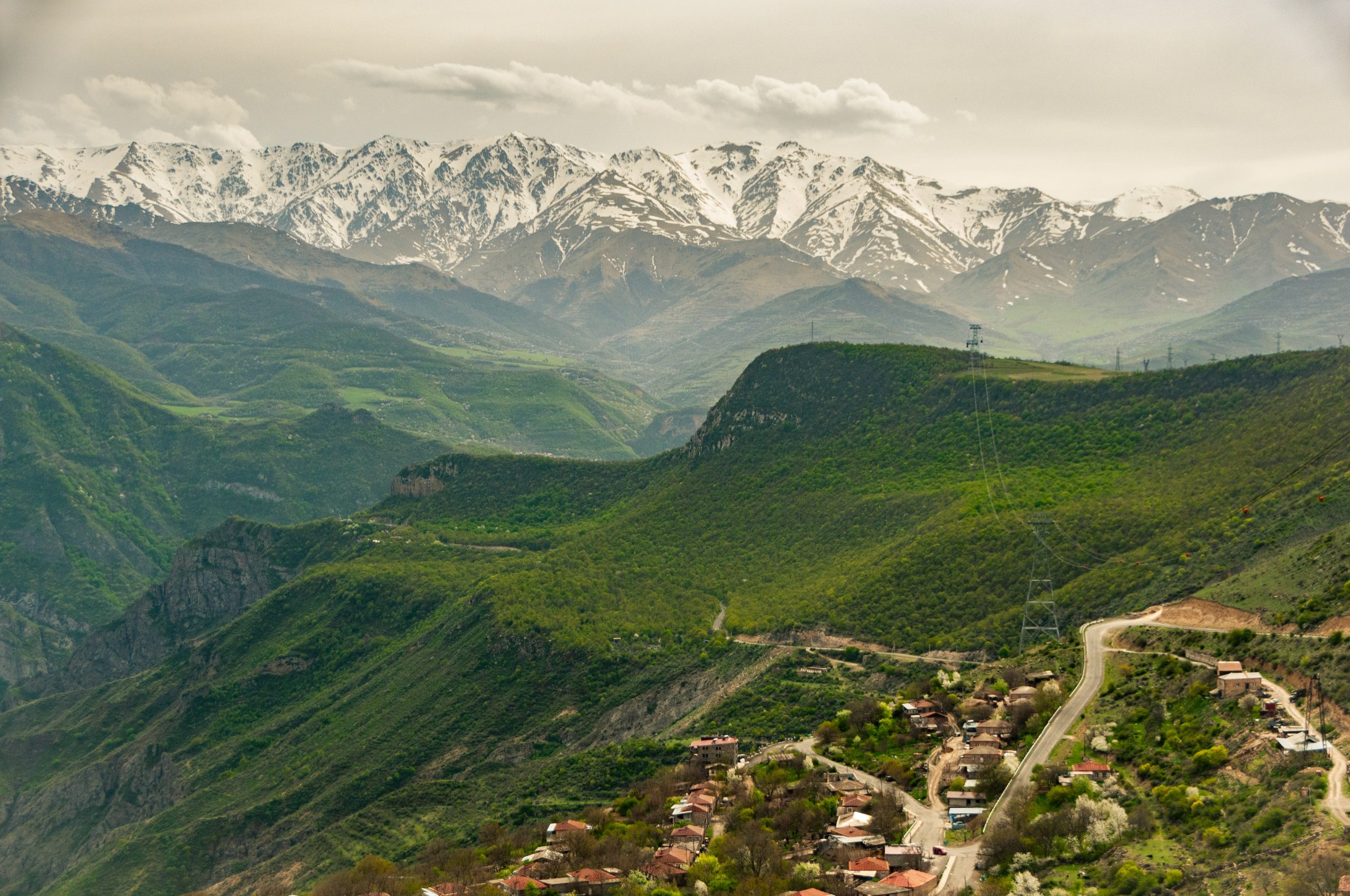 Passive Language is Dangerous. Azerbaijan’s Attacks Against Armenia Show Why.

Victoria Gevorgyan was the first victim of the 2020 Nagorno-Karabakh War. She was nine years old. Reading her name on the list of civilian casualties was anesthetizing.

Victoria should be alive, playing freely in her yard with her mother and younger brother. She should have the right to grow up, as any child should. She should not have been murdered on the grounds of her own home, caught under Azerbaijan’s shellings. No child should have to be faced with the task of decoding what the moments before a drone strike should look like. Victoria was nine years old and murdered for breathing an Armenian breath.

There is no eloquent way to speak of a child’s death. It is gruesome and appalling. It is a war crime and should have been treated as such. But Victoria’s death was only the prelude to more acts of violence and human rights breaches during the 44-day war between Armenia and Azerbaijan.

Azerbaijan, more emboldened than it was two years ago with its forcibly acquired territories in Nagorno-Karabakh and a stronger oil and energy influence in the international sphere, is now attacking sovereign Armenia.

Just after midnight on September 13, Armenia’s Ministry of Defense reported that Azerbaijan’s Armed Forces launched a full-scale attack using drones, artillery and large caliber firearms to target the towns of Jermuk, Sotk, Goris, Vardenis and other surrounding areas within Armenia. The attacks were made from Karvachar and Berdzor— the posts acquired after Armenia was forced to cede the territories during the brutal 44-day war.

As the attacks continue to escalate, the international community and United Nations have offered their ‘deep concerns’ in regard to the escalation. While the Armenian death toll rises after a night of bombardment, US Secretary of State Antony Blinken commented that Washington stands “deeply concerned” over the situation. While Armenian land and infrastructure are wrecked from Azerbaijan’s shelling, forcibly removing civilians from their homes, international officials strategically call upon “both sides to de-escalate.”

This passive language has emboldened Azerbaijan to make these unprecedented attacks on sovereign Armenia. With a weakened Russia, Baku has taken advantage of its geopolitical and military power over Armenia. Its newfound international leverage in terms of oil and gas has made Azerbaijan confident that its provocative attacks will be met with diplomatic responses only. On July 18, less than two months before the attack, the European Union Commission President Ursula von der Leyen called Azerbaijan a “reliable” and “crucial partner.” Not only are European countries using Azerbaijan as an alternative to Russian energy supply, but Russia itself relies on Azerbaijan for transit route access to Iran and Asia. In a web of newfound influence, Baku is bold in its attempts of invading Armenia.

President Ilham Aliyev’s almost 20 year long regime— under which journalists and activists have been imprisoned and “any semblance of pluralism” has been “wiped out”— shows no sign of stopping its aggression. The bothsidesism that media organizations and international officials display in their coverage of the attacks enables this autocratic behavior. Bothsidesism, or false balance, is the act of presenting an issue as being more balanced than hard evidence supports— and despite US State Department Spokesman Ned Price’s statement that there is “significant evidence that Azerbaijan is shelling inside Armenia,” the bothsidesism continues.

Headlines from major news organizations like The New York Times, Reutersand more persistently state that “clashes” are erupting between two historically feuding countries— but such language feeds into a harmful narrative of neutrality. These headlines and statements from government officials, in an attempt of impartiality, actually pardon violence. In this case, they ask something impossible of Armenia—to cease any attempts at self-defense and allow genocide against its people.

Filled with strategic and diplomatic euphemisms, passive language like “clashes” and the “de-escalation” of “both sides” diverge any form of actionable responsibility and stray away from calling a perpetrator what they are. These headlines and statements innately come from a place of luxurious distance, from a place where the mere act of existing is not a political one.

Bothsidesism should not be mistaken for a lack of knowledge of the relationship and history between Armenia and Azerbaijan. Bothsidesism is tactful. Look into the Rand Corporation’s 2019 publication on how the United States could use conflict between Armenia and Azerbaijan to help weaken Russia’s influence. In it, they outline “six possible U.S. moves in the current geopolitical competition,” one of them being “exploiting Armenian and Azeri tensions.” Another 2020 Military Times article unveils how “Army personnel are very familiar with the Caucasus Region,” and that “the U.S. Army uses the region in classroom training scenarios.”

As the United States gets to study the terrain and military operations that transpire in Nagorno Karabakh and contemplate the best way to use the conflict to leverage Russia, while Europe weighs benefits from Baku’s oil and gas offerings, Jermuk burns, homes are shelled, families are displaced and people murdered. While government officials send their “deepest concerns,” Armenians pay the price for simply existing— an act Azerbaijan views as a provocation itself.

It was Aliyev himself who took to his Twitter account in 2015 to write, “Armenia is not even a colony, it is not even worthy of being a servant.” Before that, it was the former mayor of Baku, Hajibala Ibrahim Abutalibov, who said, “Our goal is the complete elimination of Armenians.”  Then in 2006, Ramil Safarov, who murdered an Armenian lieutenant in his sleep, said in his trial, “…My calling is to kill all the Armenians.” He was later extradited, pardoned and promoted by Aliyev in 2012.

When passivity is the only response to these declarations of hatred, they are given the green light to turn into legitimate actions. Ideologies embedded in hatred rarely die, and if unpunished, they turn into war crimes.

Pardoned rhetoric inspired by prejudice has led to the desecration of sacred monuments. Armenophobia met with no consequence has opened avenues for shellings of towns where young children are supposed to play freely. Words have turned into the displacement of up to 90,000 indigenous Armenians and the loss of an entire generation. As we see in front of our very eyes in Armenia right now, ideologies embedded in hatred come back stronger and more undaunted when they face no repercussions.

Your passive language is giving Baku the go-ahead in continuing their militaristic provocations against civilian lives and spaces. It is rationalizing the use of UAV drones and large caliber firearms in the destruction of innocent civilian homes and businesses. It is letting Jermuk burn, and displacing thousands of Armenians from their rightful homeland. It is pardoning the murder of nine-year-old Victoria in her yard.

Your passive language is killing Armenians.